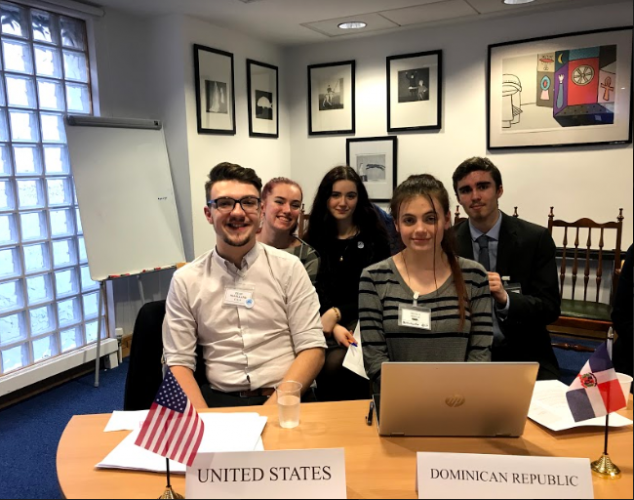 Last Friday some of our Sixth Form students took part in The United Nations Association of the Isle of Man, Model UN Security Council. The purpose is to encourage learning about the United Nations and the development of presentation, debating and negotiation skills through bringing the Island’s ‘sixth-formers’ together for a simulation of how the Council tries to deal with an international security issue. This year’s topic was based on the conflict in Syria.

Ewan won the prize for the best individual contribution, with Roman being commended on his contribution. Had there been a second individual prize, it would have been awarded it to Roman.

Very well done to you all!