We witnessed a glorious afternoon of sport on Wednesday 4th July at our annual Sports Day. The sun shone down on literally hundreds of student spectators and competitors, who battled it out to see who could be crowned House Athletic Champions 2018.

In the morning, competitors were outside for their field events and we all took our places to watch the track in the afternoon. There were some extremely close races and some really outstanding performances on the day with School records broken across all year groups.

Kazu Senior eased his way to the Year 7 boys crown with a record-breaking run of 13.47seconds, and the Cashin twins were on fantastic form again. Both Kate and Alice have broken School records in competition this term and helped Foillan dominate the Year 10 girl’s competition.

Two outstanding races of particular note were in the Year 10 boy’s competition. The 200m pitted speedsters Alec Ecolango, Liam Kniveton, Owen Parry and Dylan McGeown against each other and the thrilling race saw Kniveton pick up the Year 10 boy’s 200m crown with a photo finish, pipping Ecolango by less than 0.2 of a second. Corrin Leeming and Ieuan Owen battled out an exciting finish to the Year 10 boy’s 800m, with Owen taking it by 1 second with a time of 2:20. Heidi Gadsby dominated the Year 7 girl’s Discus, as did James Mitchell in the Year 8 boy’s event. Both have broken QEII Discus records for their respective age groups in previous Inter-School competitions this year.

After the relays, and before the final scores for the afternoon were announced, the Sixth Form put down a challenge to the P.E. Department in the way of a 4x100m relay. Miss Dunne, Mr Callister, Miss Riley and Mr Davies made no mistake and ran home victorious. The Sixth Form will no doubt be training hard for next year’s challenge!

After a great afternoon Mr Long announced Shirragh as the winners of Sports Day 2018. Congratulations to all students in Shirragh house, I hope you all look forward to defending your title next year!

Well done to all students, whether spectating or competing. Everybody did so with pride and passion for their houses and helped to make a fantastic afternoon of sport at the School. 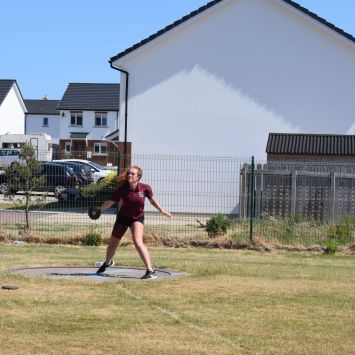 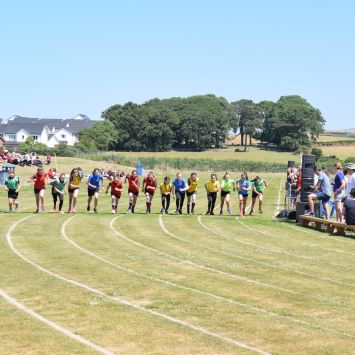 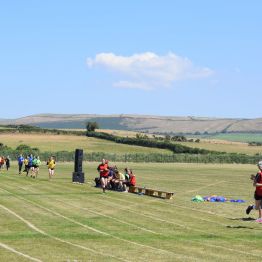 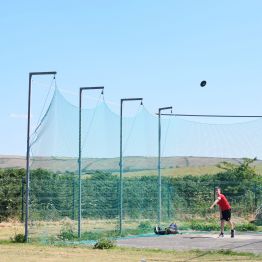 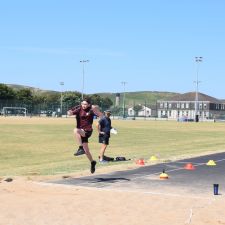 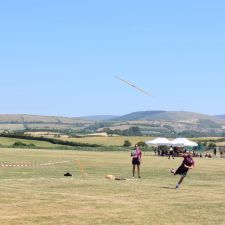 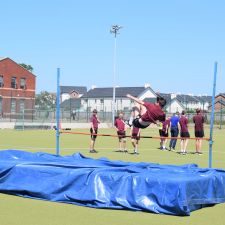 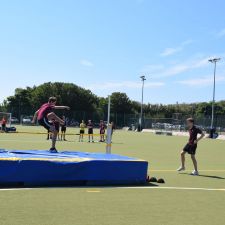 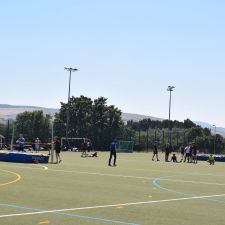