Thirty of our Year 7 students travelled to Stonyhurst College in Clitheroe last weekend to represent the School in Hockey and Netball. The girl’s behaviour and efforts on the Hockey pitch and Netball court were outstanding, even in very challenging weather conditions! They were a credit to the School, with their hard work at breakfast, lunchtime and afterschool sports clubs paying diligence to their sporting endeavours throughout the year.

Friday was Hockey day, playing four fixtures against a strong Stonyhurst side, with QEII stepping up and securing two well earnt victories (A and D team), with many personal triumphs along the way. Special congratulations to Olivia Q, Susie C, Sophie S and Lilee F for being nominated ‘players of the match’. Goals galore came from Kate D (x2), Lucy F, Susie C, Amelia C and a fantastic reverse stick strike from Shannon R to secure the D team win.

Saturday morning was all about Netball. It was a great opportunity for our girls to play at a higher level and that did not faze them. The B, C and D team learned a lot throughout the fixture, improving every quarter and all only losing narrowly in their respective fixtures. The A team came out strong in the second half of their match, securing a fantastic victory with some great team play through court and shooting prowess from Maddie K. An invaluable experience ahead of the IOM Schools Netball Championships next week. Special mention to the nominated ‘players of the match’, Kate D, Ruby B, Grace C, Sophie S, Rebecca C and Lilee F.

The trampoline park and team meal at our lovely hotel will also provide the girls with fond team memories.

A special thank you to all parents for affording this opportunity and to Friends Provident for sponsoring the girls’ hoodies, which are clearly a treasured item as they did not remove them for the whole weekend! Your efforts to support the School and community is one that is greatly appreciated. 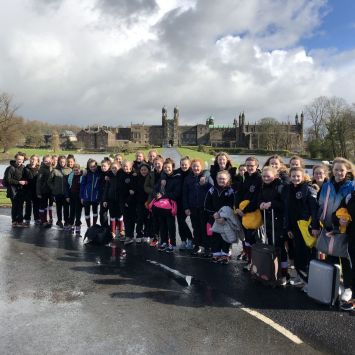 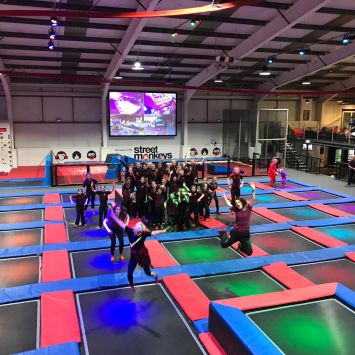 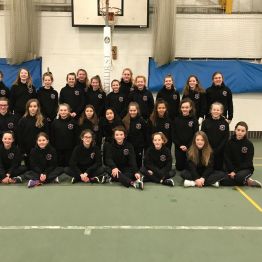