Friday 11th October saw the Main Hall filled with over 80 musicians, and a large and appreciative audience, to enjoy the fourth annual concert performed jointly by the QEII High School Wind Band and the Isle of Man Wind Orchestra.

Both bands played a short programme each during the first part of the evening that featured music from Ralph Vaughn-Williams, Adele, Camila Cabello and The Beatles amongst others. The bands then combined to perform together, the joint performance beginning with Mr Kinley conducting a selection of music from John Williams’s music for ‘Harry Potter and the Philosopher’s Stone’. Mr Kinley then handed the baton over to IOMWO’s Mr Dunderdale who directed both bands through Hans Zimmer’s music from ‘Pirates of the Caribbean’ and ‘Celtic Air and Dance’ before Mr Kinley took over again to take the bands through the evening’s finale of Alan Fernie’s ‘African Funk’.

The evening was a wonderful success and raised in excess £750 for the QEII School Association. Thank you to everyone who performed, helped out front of house or simply came along to enjoy the music. Needless to say, planning has already begun for a repeat concert next year! 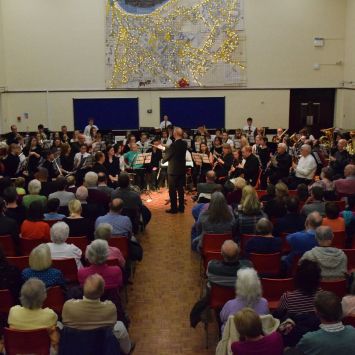 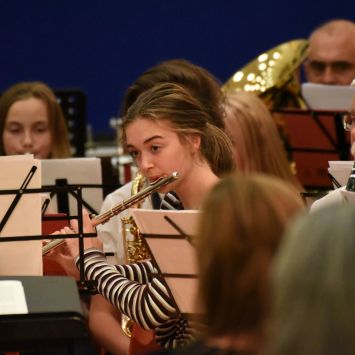 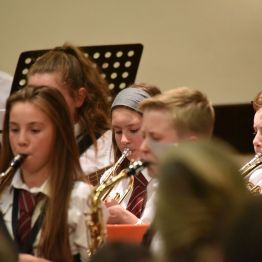 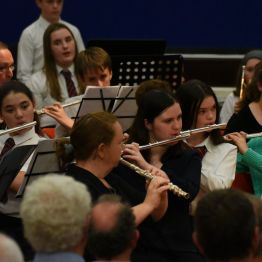 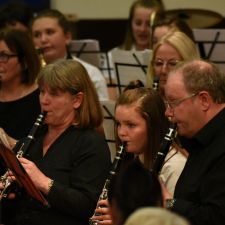 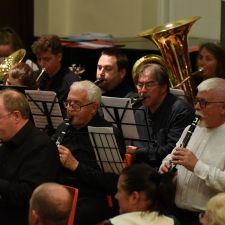 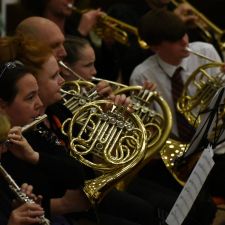 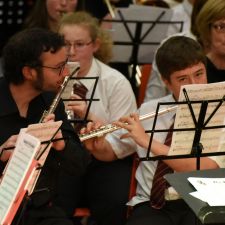 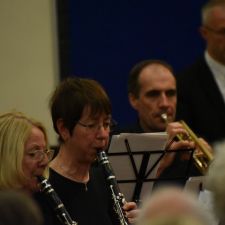 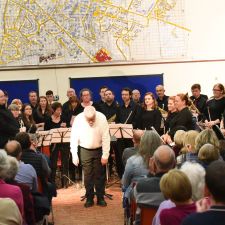 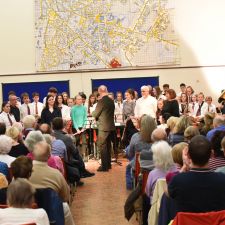 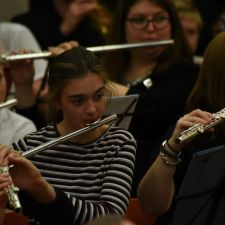 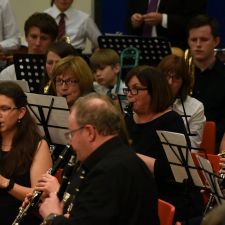 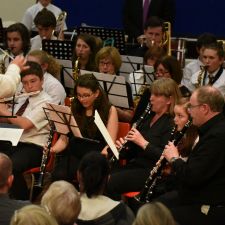 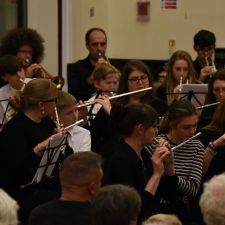